I was distracted. Distracted by the lack of cultured reverence and curiosity. Loud voices, outside. My iPad, stuck to my hand, but it was tedious to use, and I kept watching, hopeful, a certain some would see something more.  I was glad there were so many people. Once inside, the loud voices settled to hushed-ness, quiet questions, and moments of recognition. Paint strokes, larger than life, etchings, scratched with pen, stories remembered, lessons learned.

In the end, it was worth it. I think it will always be so, that a certain some will see something, which in turn will enable them to feel more. Something is lost, when we no longer can "see" with the heart.

Visit to the Zoo!

The weather was beautiful. The animals were fascinating and the company was fun! We saw ducks, peacocks, Guinea Hens, Mountain Lions, Tigers, a Leopard, Elephants, Giraffes, Raptors, monkeys, bigger primates, the black and the orange kind. Snakes, owls, bats; love the bats, especially the fuzzy fruit eating kind! Rodents of all kinds. Loads of children, ostriches, wild boars, more rodents, rhinos, parrots, and all sorts of other strange things, I won't say, 'cause I read, you should never blog what you wouldn't publicly say. I considered for a moment to take a picture, but it could have either broken my camera, or I would have been considered cruel. I did get a laugh out of it though.

My favorite part of the day: Brendan was holding a red lunch sack, we were with the Giraffes, and one bent her head down to sniff and lick the bag, and the kids who could, reached to touch a giraffe. Poor Faith, this is her favorite animal, she didn't get a chance to touch or feel the Giraffe, it lifted it's head too soon.

The kids were great, I loved their comments. On the way home they argued, as to whether the tiger we saw was an Amur Tiger, which the sign said, or what may have been a Siberian Tiger, which is what I thought I read. Brendan tried to convince me that Tigers once lived in Africa, which I highly doubt, only because, Africa has plenty of Big and smaller cats. Lions, Leopards, Cheetahs, Servals, and maybe some smaller ones. 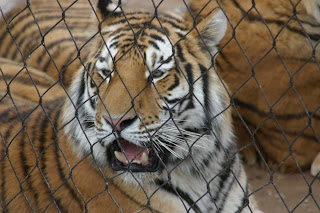 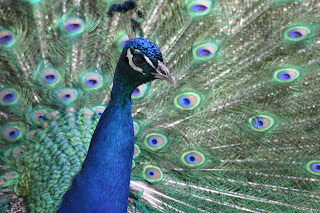 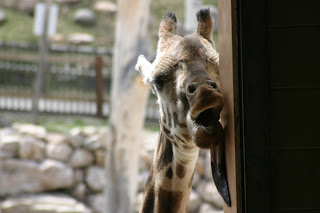 Apropo, do you know the difference between a big and a small cat? It's the pupils, on big cats they are round, like ours, on the smaller ones, they look like cat eye marbles, hence the name!
Posted by Nettie at 5:23 PM No comments: 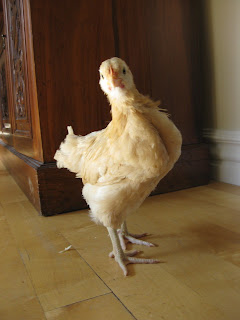 Good Bye Blondie! You will always be a dear Hen!
Sad day at our house, this morning we discovered, even after careful counting and night time perimeter check, that one of our sweet fluffy Buff Orpington's was claimed by some night time marauder!

We think the offender climbed over the top. The victim may have been under the Ark itself, that's how we missed her, sad day. We will miss you Blondie!

We have 9 hens left, we thought putting them away would be enough, but now we will bring on the traps, the boys weapons, and possibly a night time vigilante! 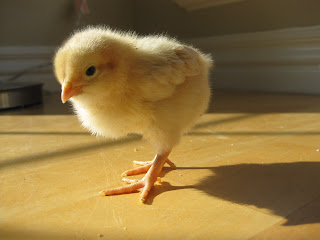 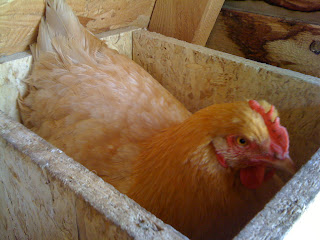